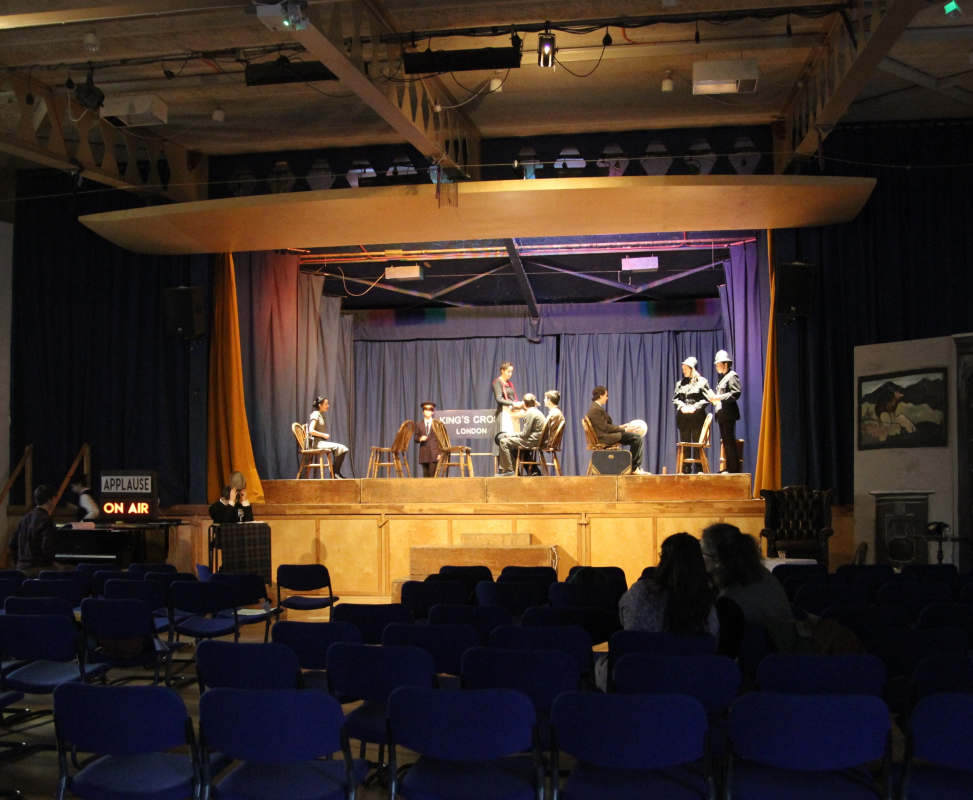 Marking the 40th year since the School’s theatre and hall were built, Class 8 this week performed a parody adapted from the 1915 John Buchan novel, and the 1935 film directed and produced by Alfred Hitchcock. The 39 Steps: A live radio play by Joe Landry, was produced with special arrangement with Playscripts Inc.

The tradition within Steiner Waldorf Education of offering a major drama production has become a cornerstone of the curriculum for Class 8. The play is the culmination of an eight year educational cycle, which has been under the supervision of a Class teacher and is perceived as a bridge between Lower and Upper School. A programme of drama is carefully developed over the educational cycle, becoming part of Class 8’s timetable. The performance marks the transition in a creative and transformative way.

Pedagogical theatre is a discipline as important as any other pursued in school. It entertains, inspires and instructs in a way that is only possible when the human being, as an enactor, performs a story before other human beings. It creates moments of artistic communion that lead us to clearer understandings of what it means to be a becoming human being, both individually, and in community.’

Class 8 have worked tirelessly the past few weeks on their play production, the 39 Steps. It has been a brilliant time working altogether and it is a delight the enthusiasm they have all put in to this production, well done Class 8!

The 39 Steps: A Live Radio Play is loosely based on John Buchan’s 1915 spy novel, The Thirty-Nine Steps. One of the earliest examples of the ‘man-on-the-run’ thriller archetype, it has been adapted many times for both stage and screen, most notably by Alfred Hitchcock in 1935, which also served as inspiration for this play.

Richard Hannay is visiting 1930s London when he meets Annabella Smith, on the run from foreign agents, after a disturbance at a music hall. Later that night, Annabella is murdered and after a case of mistaken identity, Hannay must elude the police. Together with his unwilling accomplice, Pamela, Hannay must clear his name as he searches for the truth about The 39 Steps.

A huge thank you also to the parents who have supported and helped, and teachers and staff within the School for their help with props, costumes, posters, set design, giving the Class much needed rehearsal time and the use of the hall in the last couple of weeks. We are all very grateful. Class 8 have worked tirelessly the past few weeks on their play production, the 39 Steps. It has been a brilliant time working altogether and it is a delight the enthusiasm they have all put in to this production, well done Class 8!

The Class put on three performances over Monday 4th and Tuesday 5th March. The success of this innovative production, with its creative staging, taut plotting and spectacular special effects is commended. It was clear that Class 8 enjoyed themselves as much as the audience, and that was wonderful to see. 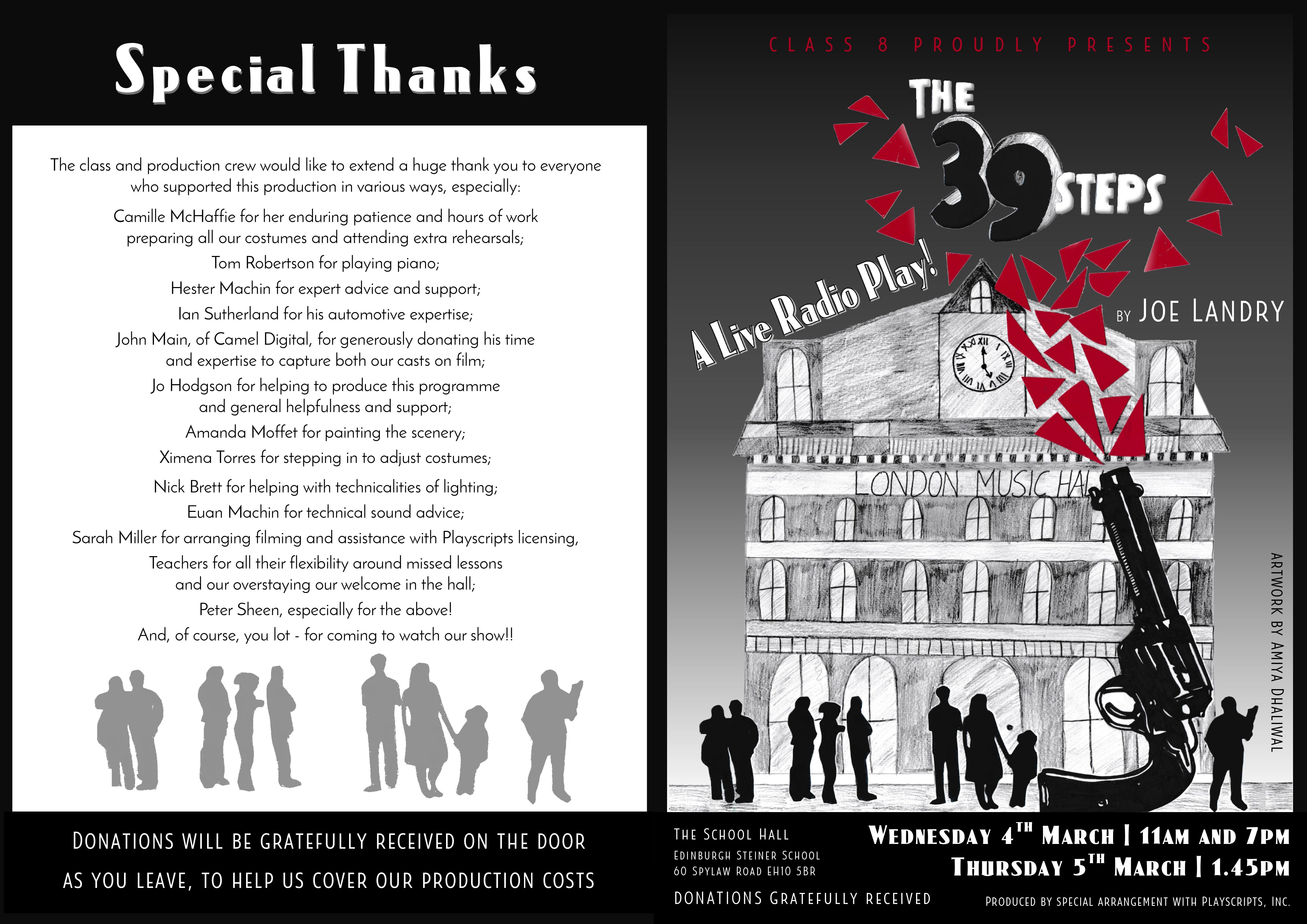 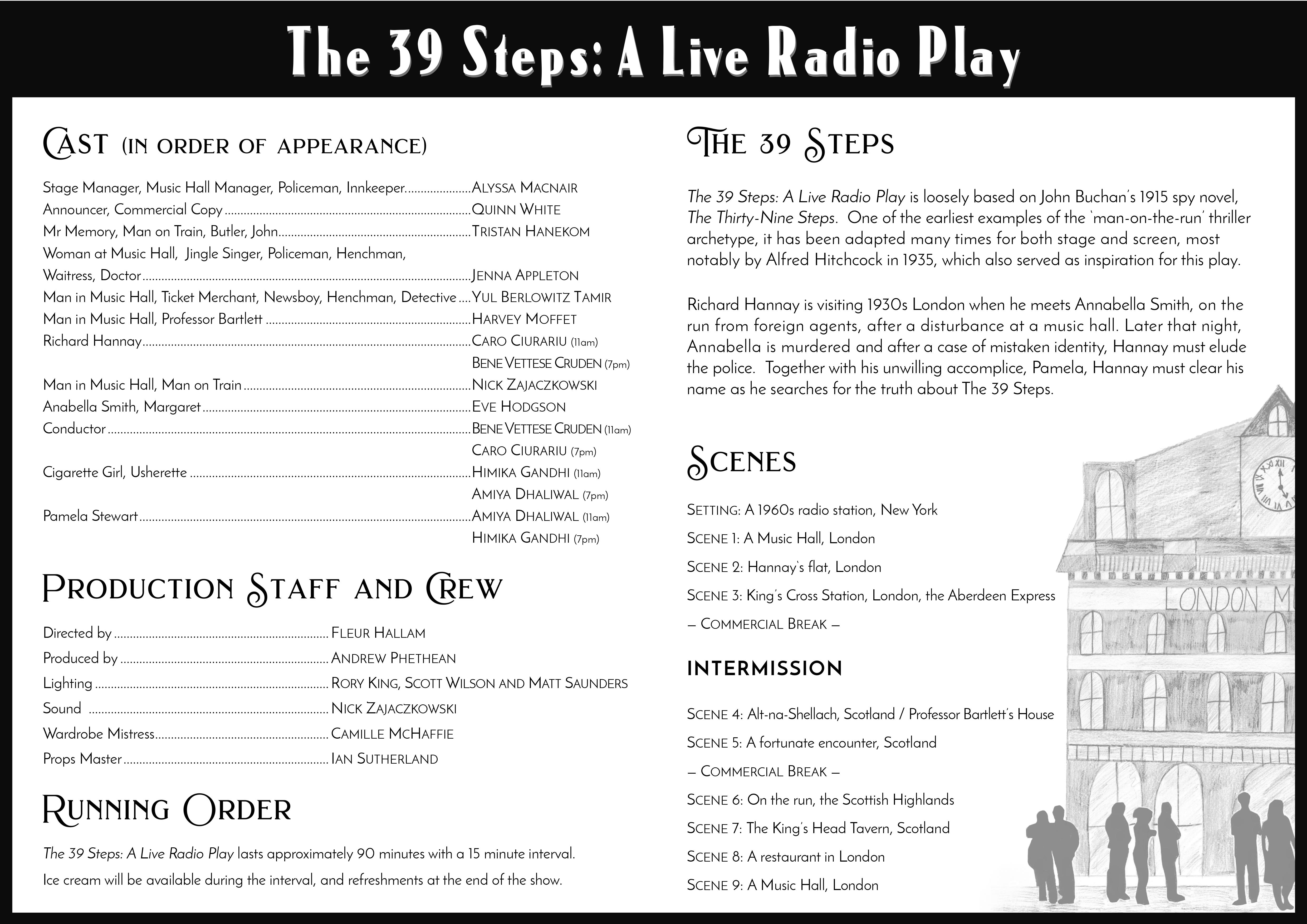 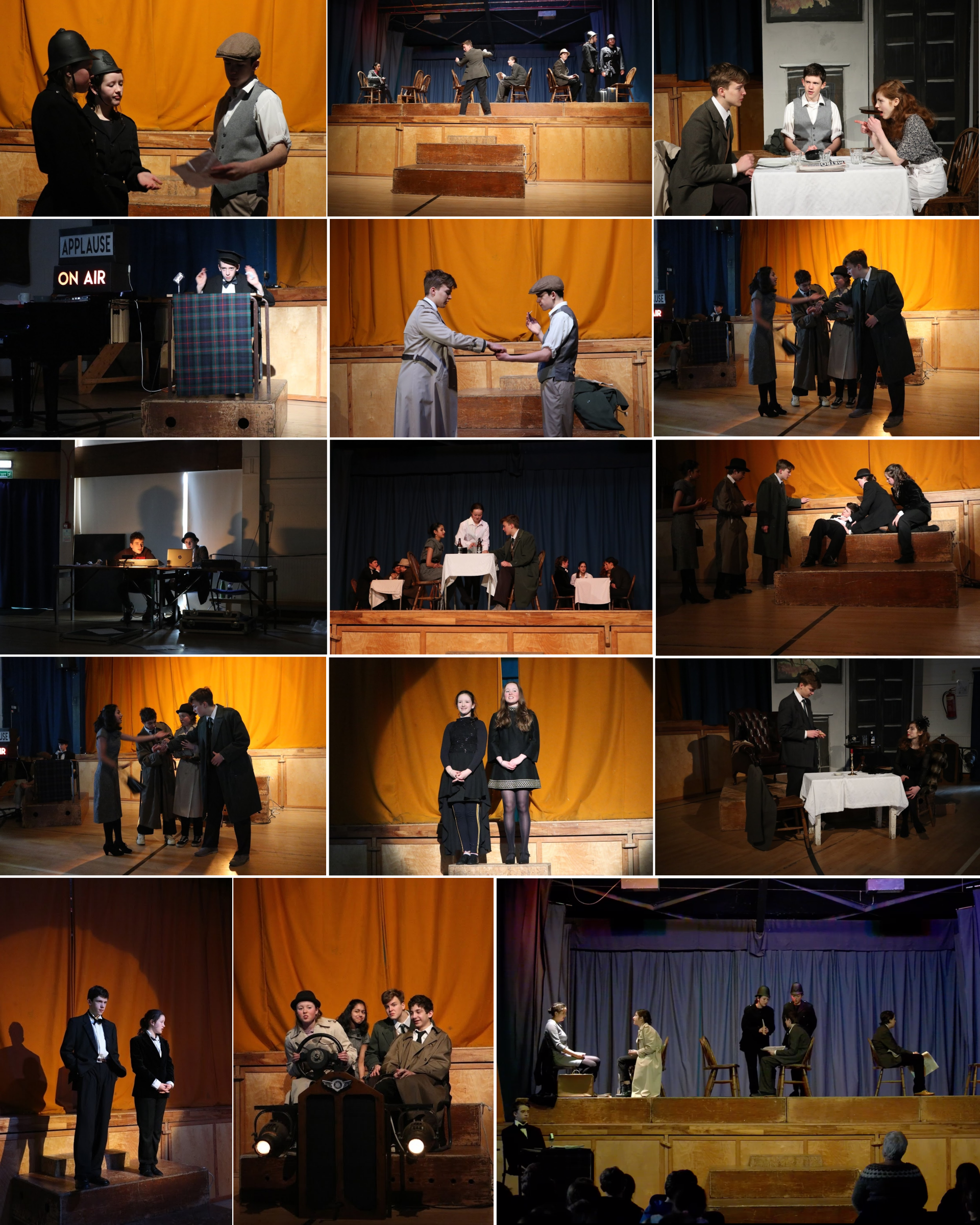