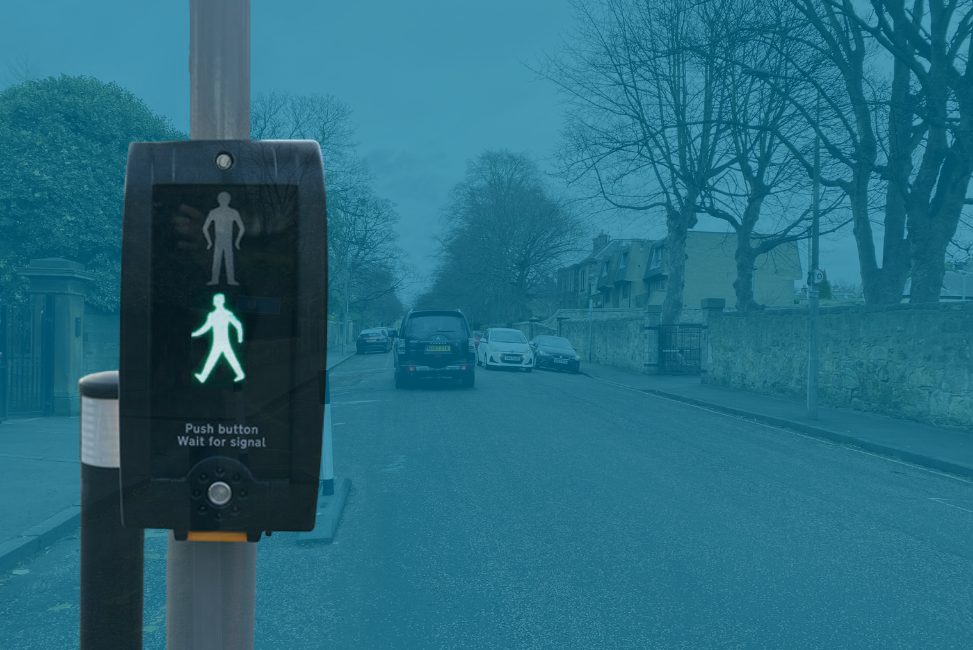 The online petition, in which concerned parents and teachers are calling for a pedestrian crossing to be put in place, collected hundreds of signatures before it was brought to the Transport and Environment Committee today.

Florian Fusseis, whose children aged ten and six attend the school, helped launch the campaign after witnessing several near-misses due to speeding and the amount of traffic that flood at drop off and pick up times.

“It’s only a matter of time before someone gets hurt”, he said, following meetings with both Scottish Green Councillor Melanie Main and Merchiston Community Council with Lib Dem Councillor, Neil Ross.

“Clr Main said the Council usually only acted if there has been an accident – but that is unacceptable. I’d not want to be the Councillor who must explain that policy to the parent whose kid is first hit,” Florian reports.

The introduction of traffic calming measures on Spylaw Road has the support of both Councillor Main and Merchiston Community Council, who are fully aware of the ongoing issues on this road in South Edinburgh; as well as many more parents and teachers. Increasingly concerned over the safety of her son attending the school, a fellow mum of the school wrote to the Council to ask for a pedestrian crossing, which led to 60 Spylaw Road being formally assessment to see if it would qualify for a crossing on 7th October, 2021.

Each year the Council receives a far greater number of requests for pedestrian crossings than they are able to provide. This is exasperated by a drop in School Crossing Patrol Officers across the city by a fifth since 2013, revealed through a recent FOI request.

To deal with the demand, the Council uses a nationwide priority system to evaluate sites, called a PV2 assessment, based on the volume of vehicles and crossing pedestrians, adjusted to factor in vulnerable users such as children and whether the site is a ‘trip attractor’ like a school.

This assessment should be carried out on a date that avoids school holidays or any other factors which might cause an abnormal result.

The site outside the school gates exceeded the PV2 threshold value of 0.3 required to be considered for a suite of measures that include a zebra crossing, a refuge island or pavement build-outs, it was confirmed this week.

Whilst campaigners welcomed this recognition, the School has challenged the assessment, on grounds the absence of a School Crossing Patrol Officer significantly impacted the results, pointing out the number of children recorded by camera crossing the road in the two-hours window before the start of school equates to less than 21% of the number of pupils who attended Edinburgh Steiner School that day.

“With no lollipop person at the gate, there is not a designated safe place to cross,” says Communications Coordinator, Sarah Miller.

“Parents and pupils are crossing wherever they can, illustrated by the fact that only 53 children were recorded in the survey crossing within 50m either side of our school gates between 7am – 9am. 275 pupils registered that day.

“The School’s own conservative PV2 calculation, restricted to our staff, pupils and accompanying parents on the school-run only (excluding the nursery further up the road and nearby 2.5k roll school) shows our entrance PV2 value would be higher than the 1.0 threshold for a signalled crossing; but the PV2 assessment can only use factual data recorded by a PV2 survey.”

The Road Safety Department has recognised that the absence of a School Crossing Patrol Officer may have skewed the results; and a second assessment will possibly be carried out in the future, once a replacement SCP Officer is in situ. However, Road Safety & Active Travel Manager, Andrew Easson, added this may not be necessary:

“The site directly in front of the school entrance has been added to the list for a traffic survey to be carried out in the Spring.

“As temporary Spaces for People measures are in place, the School Travel Plan Review for the Edinburgh Steiner School is being prioritised and the survey has commenced.

“The School Travel Plan review process might negate the need for further assessment.”

Until 7th September of last year, Edinburgh Steiner School had been served by the same SCP Officer for over a decade, and was known well by the school community. According to police records checked this month, there has been no recorded collisions with vehicles in the past three years. Long-term illness, however, has meant the SCP Officer has not returned to work in the new year, but the Council are unable to recruit a replacement.

The Transport & Environment Committee heard Edinburgh Steiner School’s deputation today. Members then had three options to dismiss the petition; look at alternatives to the petition; and/or request a report on the issues raised in the petition. The Committee voted for the latter report, owing to the petition including wider issues concerning George Watsons College on Colinton Road.

The School will meet with Andrew Easson and the School Safety Team Leader, Stacey Monteith-Skelton, next week to discuss the next steps following the 0.338 PV2 value of the site.

In the meantime, Edinburgh Steiner School continues to encourage pupils, parents and employees to complete the Council’s Road Safety Survey by 22nd February, 2022. “This is the forum to get the changes you’d like,” says Road Safety and Active Travel Liaison Officer, Mark Symonds.