Economic and Fiscal Contribution of the Edinburgh Independent Schools (December, 2018)

Edinburgh Steiner School joins with the nine other independent schools in Edinburgh to mount a campaign to stop Edinburgh Council removing our 80% relief from business rates, showing it would be counter-productive.

In an independent assessment of the economic contribution we make to Edinburgh, the report acknowledges jobs creation, saving the public purse thousands of pounds per pupil per year who would otherwise require a place in a state school, providing access to our facilities and playing an important role in maintaining cultural heritage through maintaining a number of listed buildings in Edinburgh.

As not for profit organisations, maintaining financial sustainability is of crucial importance as it allows the schools to fulfil their core role of providing education to pupils and enables them to undertake additional activities.”

The report provides strong evidence of the huge benefit that Edinburgh’s Independent Schools bring to the City. Edinburgh Steiner School educates both visititing students from abroad and over 250 pupils from the age of 3.5 – 18-years old, saving the public purse over £6k per secondary school pupil (£6,252 in Edinburgh, £6,806 cost per child across Scotland).

It employs 79 staff to offer a broad curriculum, delivered through the Main Lesson programme unique to Steiner education. Taught for two uninterrupted hours every morning, this programme offers over a hundred topics that are portfolio-based, non-exam subjects in addition to the national exam subjects. As a result, irrespective of whether pupils veer towards the arts or the sciences in their exam choices, they continue to receive a valuable grounding across all subjects.

The school opens up access to its facilities to a number of organisations. The beautiful music from the Meadows Chamber Orchestra’s rehearsals ring out from our hall. Local Housing Associations AGM meetings are held in our classrooms in the evenings. Our grounds host Garvald Bakery every week at our Friday Market. Calmblue Holistic Therapies conduct workshops in our Eurythmy room throughout the year.

Sitting on three acres within a Conservation Area, our campus comprises of three villas that have outbuildings. Built in 1870s, these buildings are now C-Listed and beginning to deteriorate with age. The Trustees have embarked on an ambitious campus development project over the next ten years to upgrade the villas, making them more energy efficient,carrying out much needed repairs, and restoring them to usable condition. The project began with converting our 19th Century east coach house into 21st Century classrooms, due to be completed in early July. The project has cost £600,000 to date, including architect fees, building warrants that protect the heritage of the site, and a respect for child-friendly architecture. Pupil, parent and teacher participation has been woven into the construction;and is a living example of a community construction.

These benefits cannot easily be quantified in monetary terms, they are nonetheless important. 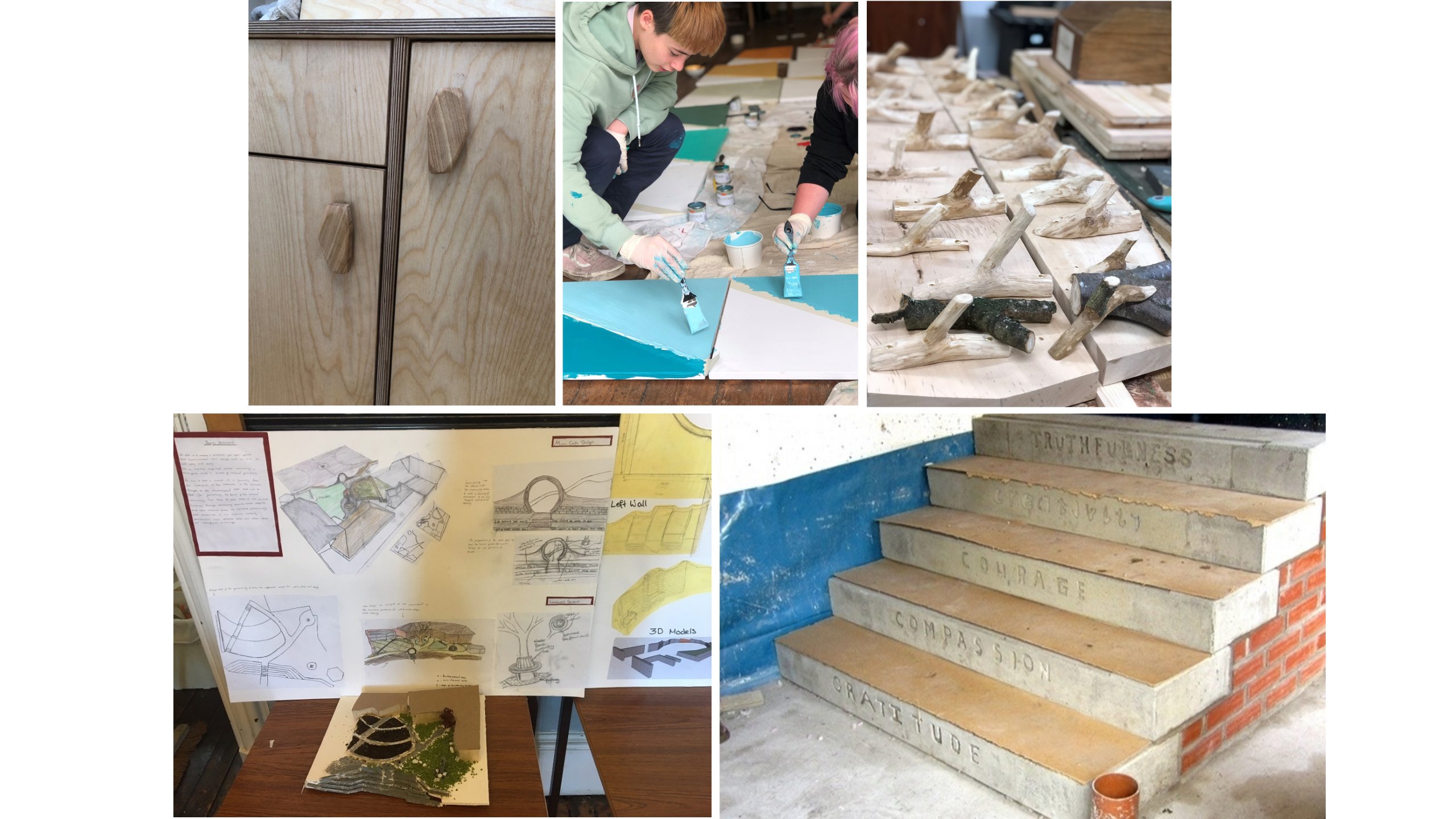 Children often leave their mark on schools, from initials carved jaggedly into desktops to graffiti scrawled on restroom walls. It’s not often that the architecture actually invites these contributions. Stone. Wood. Paint. Pupil involvement plays a key part in the Growing Spaces Project. Class 9, 10, 11 and 12 each have projects underway. In the new academic year, it will become the full-sized classrooms for the penultimate and final years of the school, as well as a pair of craft studios.

Handles hand carved and sanded by Class 9 & 11 pupils from Elm (top left); Upper school children experiment with Steiner’s Curriculum of Colours to bring vibrancy to the entrance of the coach house (top middle); wooden coat hangers are whittled, maintaining their beautiful natural shape (top right); a Class 12 pupil hoping to study Environmental Architecture works with the architects of Growing Spaces on a design for the new entrance gate, following his Class’s main lesson, the History of Architecture (bottom left, 2018); asked to encapsulate our school in five words from Kindergarten to Class 12, our final year pupils met the challenge and then imprinted them in the concrete of the coach house staircase: Gratitude. Compassion. Courage. Creativity. Truthfulness. 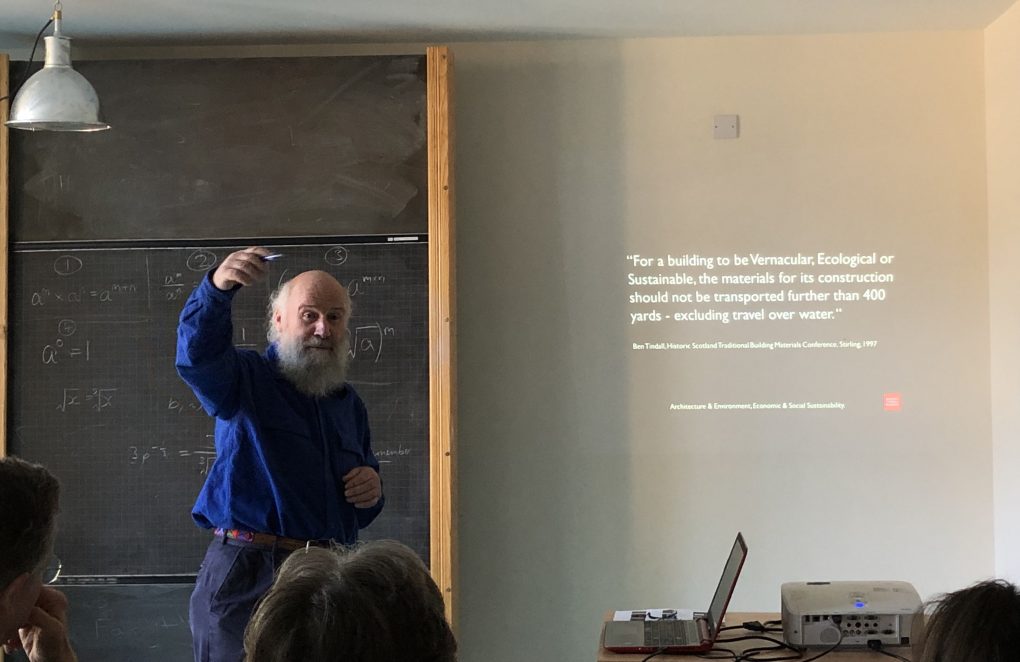 “Reusing existing buildings is a very important part of what we can do for sustainability; more than implementing energy efficient measures; for it is using energy already expended.” Architect Benjamin Tindall

Fundraising efforts are underway to raise a further £500,000 to repair its conjoining west coach house (currently the chemistry lab), and extend the Biology and Physics building to include a new classroom to bring the sciences under one roof.

The School has raised £237,000, allowing work to commence on the West Coach House in the coming summer holidays. This includes £71,000 gifted to the School from the Charles Kovaks Literary estate, a £50,000 community loan from Anthroposophy Edinburgh, and thousands raised through the various fundraising initiatives set up by the School since 2018.

Previously, 40% of proceeds from the Christmas Market in 2019 helped fund the conservation of the East Coach House.

The GSP Group is overseen by trustees Rod Grant and Thomas Moore, as well as Bursar Lesley Chari, Project Manager Rachel Craig and Nick Brett from the Estates Group.

“We break ground in July, completing the first phase of the renovation to the West Coach House before the new academic year begins at the end of August”, says Rachel Craig. “It is a positive step forward in the sustainability of the School”. 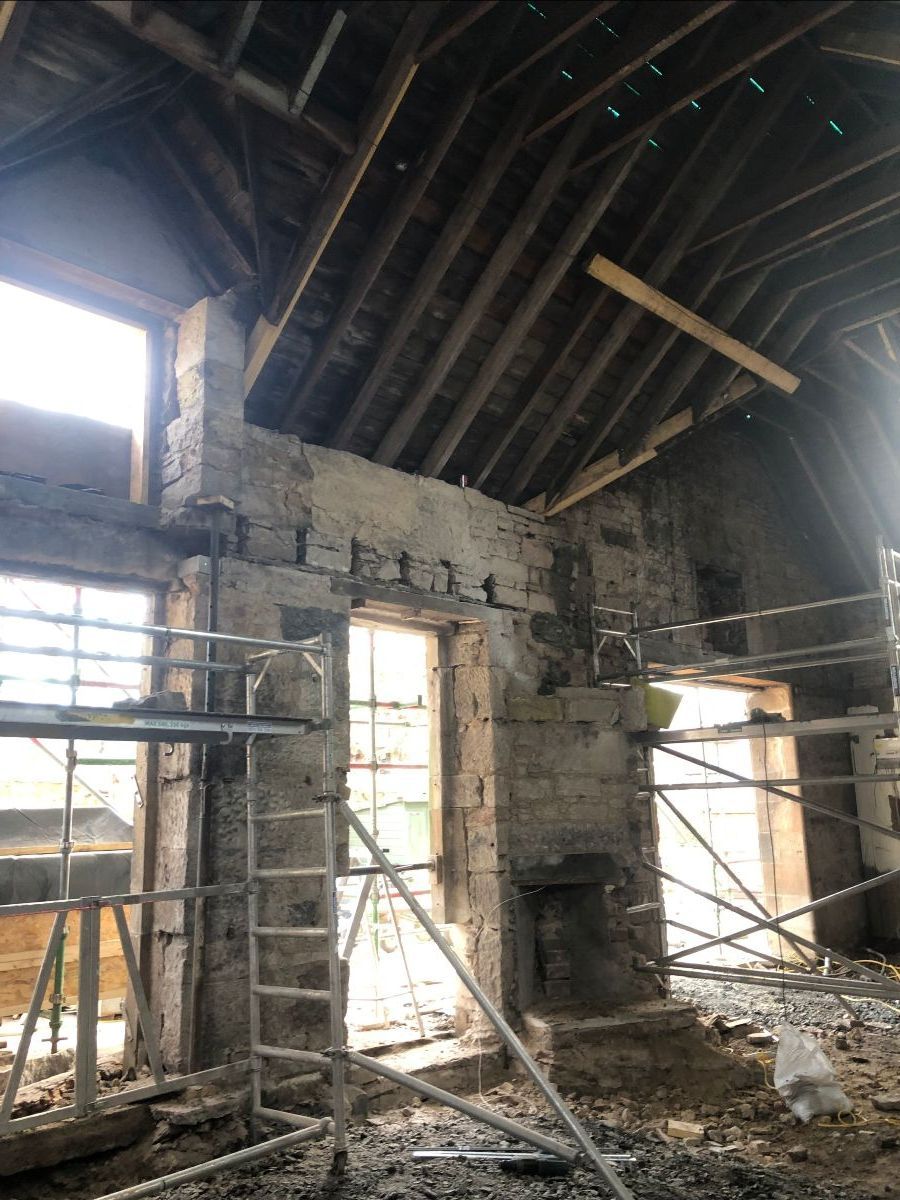 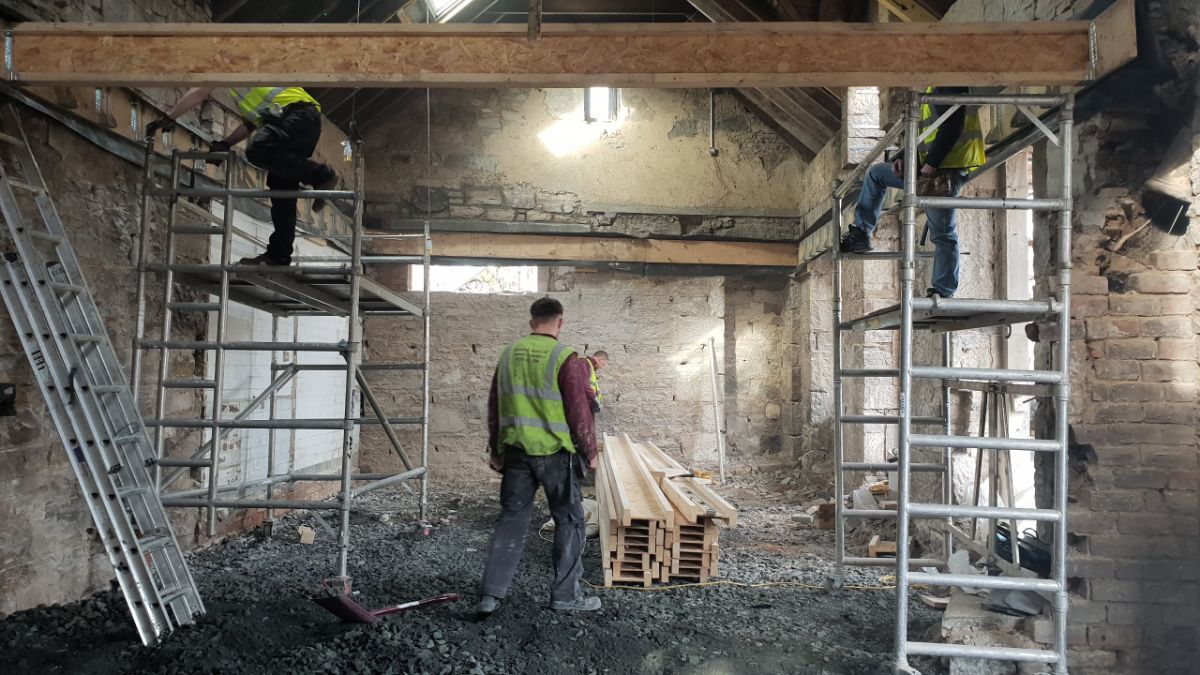 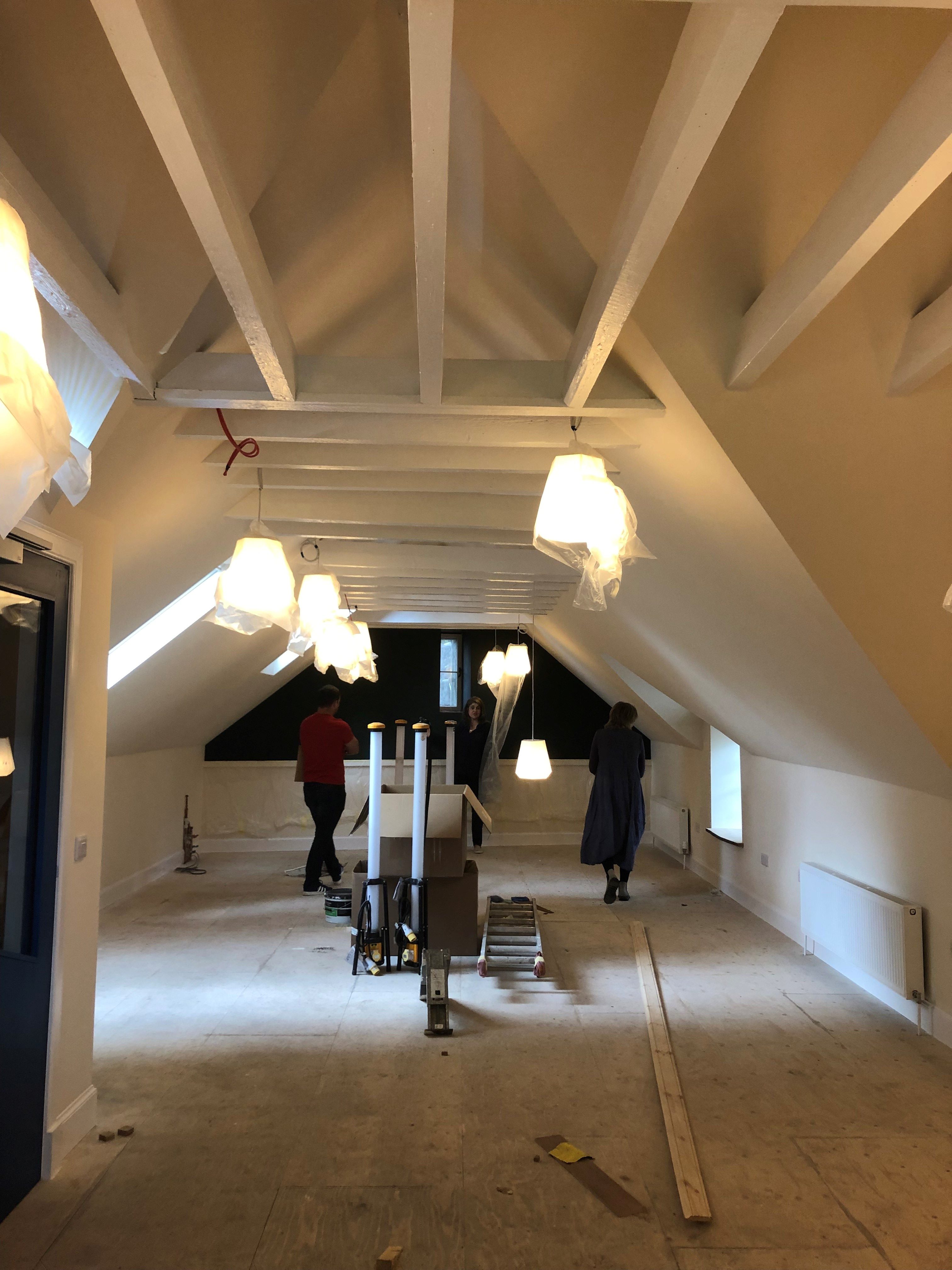