You can leave something to charity in your will. About £150 of every £1,000 received by charities in the UK comes from charitable legacies. Edinburgh Steiner School has been the beneficiary of many legacies over our eighty years history.

In October 2019, the School was honored to receive a £50,000 legacy left by Charles Kovacs. Charles was a Lower School teacher from 1956 up until his retirement in 1976. During his lifetime, Charles authored many resource books for Waldorf teachers. He died in 2001, yet his books continue to sell well, published by Floris Books of Edinburgh. Translated into other languages including Chinese, Korean, and Latvian, they continue to accrue a fair amount of income from royalties, which have been gifted to Growing Spaces to help fund the West Coach House conversion. Children often leave their mark on schools, from scribbles on desks to their innate urge to test the resilience of the furniture. It’s not often the architecture actually invites these contributions. Pupil involvement will continue to play a key part of the project, this time inviting the Lower School pupils to help create the next phase of inspirational learning spaces. Future royalties will also go direct to the School’s campus development fund.

In 2014 Karla Kiniger, a former teacher of the school from 1954, and a co-founder of our teacher training course in 1976, died. Miss Kiniger gave many decades of dedication to the school. In her will she bequeathed her property too. Irene Binhammer, a treasured former language and class teacher, left a generous legacy at the end of the ’90s. Irene was the loved Class teacher of our current Chair of Management, Nick Brett. Helen St John, joining Dr Pelham Moffat and Miss Inez Arnold in 1939 as the devoted Kindergarten teacher, gave her property to the school she co-founded. Helen passed away in 1996.

The conversion of our 19th Century dilapidated coach house into 21st Century classrooms and Creative Arts studios was made possible in the main by such legacies left to the school. These were wisely invested and have now matured, providing the necessary funds for Phase One of our Growing Spaces Project .

You, Instead of HMRC, Decide Where Your Inheritance Tax Goes

Any amount left to a charity will be deducted before calculating the total value of your estate. The charity receives the full amount of the gift, with no tax deducted.

You can even reduce the rate of Inheritance Tax due from 40% to 36% by leaving at least a tenth of the taxable amount (the amount above £325,000) to your charitable cause.

If you are keen to support a charity even after your death, choosing to donate £10,000 in your will, this donation equates to one tenth of the taxable amount of your estate (10% of £100,000). The Inheritance Tax rate on the remaining taxable £90,000 is thus dropped to 36%, meaning HMRC would deduct £32,400 before it is distributed.

£382,600 is passed on from you to beneficiary A (only £2,400 less inheritance than in the first example). The charitable cause that means something to you also feels your generosity, receiving a significant £10,000. And you have chosen who benefits from the £7,600 that would otherwise have been paid in Inheritance Tax to HMRC.

Alternatively, there is nothing to stop you from giving to charity right away. It then won’t be counted as part of your total estate as above. In addition to cutting Inheritance Tax, you may also benefit from some relief from certain taxes such as Income Tax, when you donate to a charity while you’re still alive.

Edinburgh Steiner School Trust Ltd is a registered charity in Scotland, SC002109.  Our registration details can be verified by following this link here.

Personal situations aren’t always as straightforward as our simple illustration above. It is always a good idea to get the advice of a solicitor or accountant who specialises in estate planning before making out a will. 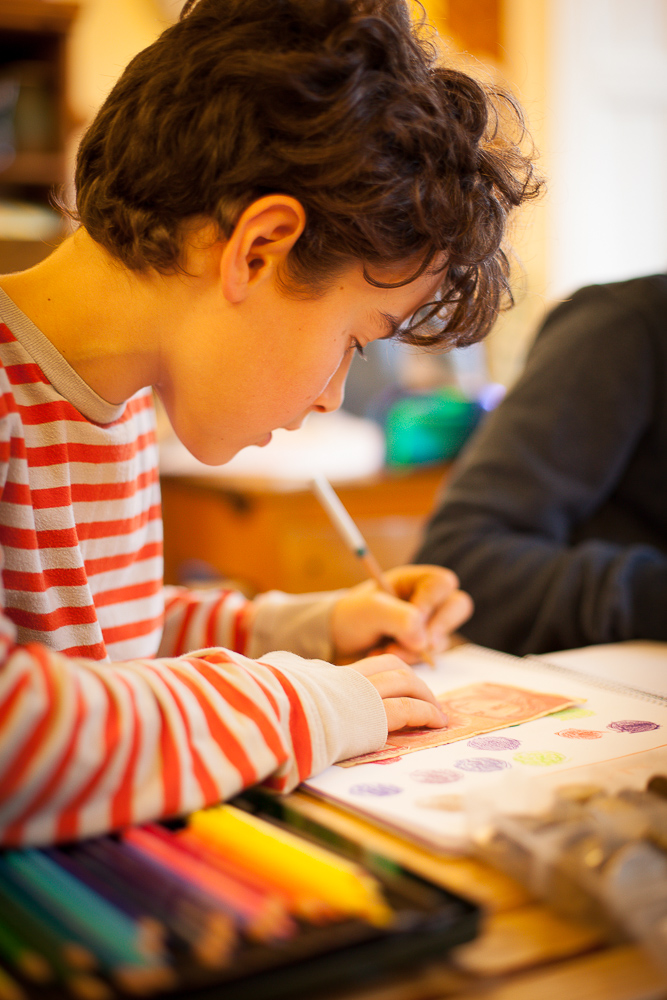 Your decision now will benefit future generations of pupils, help us provide an important alternative education in Scotland, and give you back the decision who your money goes to and what it supports.