Retired former pupil, Bill Irving, aged 74, continues to give his time to Edinburgh North West Foodband for as long as his former School has been donating.

“I can do almost anything with my hands”, Bill said, as he loads the boxes and boxes of donated items into the back of his van from the School gate, to later be made up into food parcels for vulnerable people in crisis. “That’s a lot in thanks to this school, doing woodwork, handwork, knitting…I had to not tell my friends I knitted at school”, he continued with a chuckle. “My only regret regarding the facilities here was not to take up music. I regret I don’t play an instrument. I could play the recorder, but that was it.”

Bill attended the school – then known as Rudolf Steiner School of Edinburgh – from the age of 4 in Kindergarten all the way through, graduating in 1963.

“I was Captain of the first 15. It was rugby and cricket back then. We weren’t allowed to kick a ball. ‘All your brains will go to your feet’ they’d say. If we were caught playing it on the front lawn, the teacher would make us write 500 lines on the composition of grass. It would teach you”, he reminisces.

Bill, who attended the all-through school alongside his brothers Jim and Ralph adds. “I need to be doing things in retirement. I’ve been with Food Bank for 4 years now.”

The Edinburgh Steiner community has donated 565kg of food since it started donating at Michaelmas four years ago. 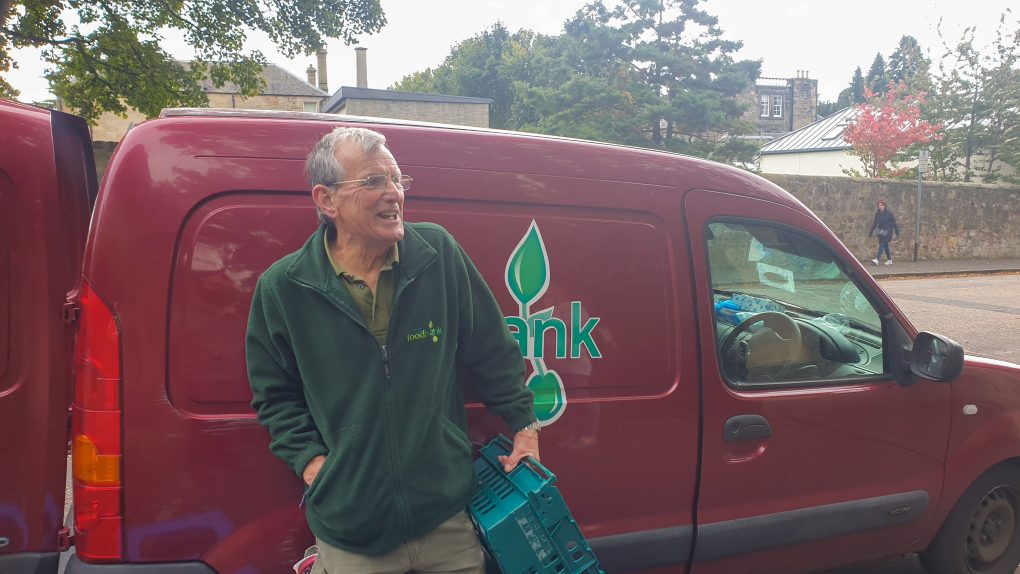