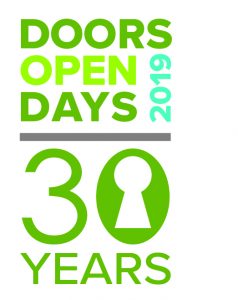 Doors Open is an initiative encouraging people to discover some of Edinburgh’s most unique and interesting buildings which are normally closed to the public.

This year it celebrates its 30th anniversary. To mark the occasion, Edinburgh Steiner School is opening the doors to two of its buildings that sit within three acres of conversation ground. 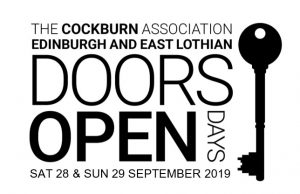 Steiner Waldorf education is the largest and fastest growing independent school system in the world. It is a holistic education that highly respects architecture, emphasising that pupils throughout their educational careers are profoundly influenced by their built environment.

A campus that delivers a curriculum spanning 15 years of a pupil’s life juxtaposes two distinct physical realisations of these principles that are at both ends of the spectrum of child-friendly architecture: the unhurried, purpose- built Kindergarten for the Early Years and newly converted 19th Century coach house into 21st Century classrooms for the penultimate and final years of school.

Both are living examples of a community approach to construction, with pupil, teacher and parent participation.

It’s the 100th year of Waldorf Steiner education, now with 1,100 schools and almost 2,000 Kindergartens on every habitable continent. Waldorf campuses worldwide follow a remarkable and consistent ethos, drawing inspiration from founder Rudolf Steiner’s teachings and his Goetheanum in Switzerland, which is considered a masterpiece of twentieth century expressionist architecture.

11:00 am – 11:30am   A talk by Benjamin Tindall Architects on architecture and environmental, economic and social sustainability; being inspired by Steiner’s buildings and teachings; and journeying from the considerations of the Early Years to a building – 30 years on – suitable for the oldest pupils in the school.

Book a place or turn up and catch a space by following the link here:  Book Doors Open

Noon – 3:00 pm Workshop for young people (16+) exploring concepts for the entrance gate. 10 spaces available. Advance booking is essential. The opportunity to reserve your place will open from September 2nd, closing on Friday September 27th at noon to the above email address.

CHILDREN’S ACTIVITIES in the KINDERGARTEN

Reflecting the building’s use, adults can witness children’s interaction with the spaces – set up as on a typical kindergarten day for 3.5 – 6 year olds: adaptable, natural playthings encouraging children to employ their imagination to create their own worlds in the open teaching areas. The mature gardens include sandpits, swings and dens.

Stalls will be providing refreshments

Doors Open brochures will be published on 2nd September 2019.

The site was originally 3 individual sites that have been bought by the school. Spylaw Road was developed in the 1870s as an attractive central and smoke free suburb with large houses. Soon after they acquired their own coach house and stables.

The east stable block is a single storey and hayloft building build of sandstone rubble with ashlar dressings. The hayloft door opening break the eaves as gabled dormerheads on the front elevation and to the side elevation the gable wall has an apex stack and carriage doors at ground level. The windows are timber sash and case windows. The salvaged roof is of Scottish slate with lead flashings.

Growing Spaces is the School’s ambitious campus development project that looks to facilitate the growth of our pupil numbers, enhance our environmental impact and protect the heritage architecture – including several C-Listed buildings -that comprise our campus.

Marking our 80th anniversary, this year we converted our 19th Century C-listed coach house into 21st Century classrooms, seen above. As the newest example of Waldorf architecture, it is a candidate for this year’s A J Architecture Awards in the Schools category.

Fundraising efforts are underway to raise a further £500,000 to repair its conjoining west coach house (currently the chemistry room), and extend the biology and physics building to include a new classroom to bring the sciences under one roof.

The 150-years-old coach house, now beginning to show its age,  will be converted  into the final full-sized classroom, smaller educational space and WCs needed for a growing school.It is due to break ground in April 2020.

Secure your space with a free ticket